The Acting Academy, or school of advanced professional training, is managed by the Agenzia Formativa (Education and Training Agency) of the Teatro Stabile di Torino. It is accredited by the Piedmont Region and the Metropolitan City of Turin, and financed by the European Social Fund. Luca Ronconi founded the Acting Academy in 1991.

The educational project combines basic techniques with a structured program that allows students from 18 to 25 years of age to become acquainted with a range of theatrical aesthetics; they attend thematic seminars and participate in workshops that focus both on performance and in-depth theory. The curriculum consists of two years of basic training and one year of specialisation. It always includes the participation of national and internationally renowned artists, intellectuals and playwrights.

The Education and Training Agency of the Fondazione del Teatro Stabile di Torino
– Is accredited by the Piedmont Region as provider and venue for professional development activities financed through public funds (registered under code B054).
– Applies a management system in line with standard ISO 9001:2015 for the following scope: Design and provision of training events (certificate no. 44 100 071015).

There is a notable historical precedent in Turin’s vocation for training professional actors: in 1884, the Scuola dell’Accademia dei Filodrammatici was established in a specially commissioned building. Carlotta Marchionni, the leading lady and premier actress of the Compagnia Reale Sarda, became its director. In May 1955, after several vicissitudes, the venue became the Teatro Stabile di Torino’s first theatre, under its current name of Teatro Gobetti.

By the end of the 1960s, the Stabile had already grasped the importance of complementing natural talent and advanced training to further professional careers. At the time, it had organised a series of Actor Training courses and a Seminar for Theatre Animators that was held up to 1974. The environment of the time strongly influenced the curriculum subjects: the methodology of scenic language, modern acting styles and techniques, the psychology and sociology of performing arts, group cultural animation, festival practices and organisation. Frozi Whitman, Giuseppe Bartolucci, Oskar Schindler, and Egisto Volterrani held four advanced seminars. With great expertise and passion, Franco Passatore played a vital role in this historical phase of these education and training activities. However, under Luca Ronconi, who was appointed Director of the Stabile in 1989, the project of a professional education and training institution was consolidated and launched two years later. “When I arrived in Turin, as director of the Stabile, one of my main objectives was to create an acting academy. I firmly believe that any theatre institution should have its own school: such schools can avoid being abstract and draw strength from the day-to-day experience of a public theatre.
Exactly thirty years ago, in the Autumn of 1991, the first two-year training course for young actors was launched, with 28 students and nine auditors who had been selected from 270 applications. Luca Ronconi was the director of the Academy, with the support of Mauro Avogadro. Attendance was compulsory: six days a week. Subjects included the history of theatre, voice training, Italian language and phonetics, psychology, acting, interpretation and physical training. Many university lecturers and actors, including Marisa Fabbri, Franca Nuti and Umberto Orsini contributed to the programme. The school premises in Corso Moncalieri 118 had been provided by the City of Turin.
“The actor’s profession – stated Ronconi – is one of today’s riskiest professions. We have no intention of giving false hopes to these young people. Much less do we want to create individuals who are endlessly searching for an artistic position: young people drifting from one theatre to another, some of them may be talented but lacking the necessary technical skills to be of any use. There is no point in complaining that Italian theatre is experiencing a crisis if we do not ensure adequate education and training for our young people. The goal of the Teatro Stabile di Torino is to provide thorough training to new talents, hoping that they will contribute to making our theatre better than it is today.”

In 1997, once Luca Ronconi stepped down to become Director of the Teatro di Roma, Mauro Avogadro succeeded him for a third course, which was extended from two to three years. Over the years the school evolved, acquiring ever-greater influence in the field of arts education, and becoming one of the main educational centres in its field. Under Avogadro’s leadership, the curriculum broadened with courses based on improvisation, with some of Peter Brook’s fetish actors like Mamadou Dioume and Bruce Meyers, along with Davide Livermore’s “teatro cantato” (sung/experimental music theatre) and Daniele Segre’s film interpretation course. In 2008 the School relocated to the Fonderie Limone Moncalieri complex, and acquired features of a real campus, becoming embedded in the Stabile’s production hub, with two stages, workshops, warehouses and guest quarters.

From 2010 to 2017, director Valter Malosti, who had acted in several of founder Luca Ronconi’s productions during the early 1990s, succeeded Avogadro. The new director introduced some of his stylistic hallmarks to an institution that focused mainly on the spoken theatre. The combination of tradition and research, on which his work relied, expanded the curriculum to include anything research had explored, especially during the 20th century. Malosti invited several great Italian actors and teachers to lecture, including Antonio Latella, Mario Martone, Declan Donnelan, Massimo Popolizio, Eugenio Allegri, Thomas Richards, and Alessio Romano.
Gabriele Vacis was the next to pick up the baton. He and Valerio Binasco co-directed the school during the 2017-2021 three-year period, during which courses were held by Laura Curino, Filippo Dini, Silvio Peroni, Serena Sinigaglia, and Fausto Paravidino. As of the upcoming three-year period starting in autumn 2021, Valerio Binasco, the artistic director of the TST, will be heading the Acting Academy. The objective will be to strengthen the coherence between training and professional integration as a critical element of the Teatro Stabile’s artistic identity. Binasco has proven teaching skills and gained solid pedagogical experience at the Scuola del Teatro Stabile di Genova, the Scuola del Teatro Stabile di Torino and the Accademia Nazionale d’Arte Drammatica Silvio D’Amico.

Moreover, in perfect keeping with the School’s origins and coinciding with a critical generational turnover, actor and director Leonardo Lidi has been invited to flank Binasco as Deputy Director and Academic Coordinator. Lidi is an Academy graduate who studied under Mauro Avogadro, Ronconi’s closest associate when the School was founded.
Binasco and Lidi will be tasked with selecting and training a new generation of actors. During the Academy’s intensive course, these actors will need to acquire skills based on solid technical fundamentals, interdisciplinary flexibility and an ability to face the professional challenges of a highly competitive job market.

The curriculum of the Teatro Stabile di Torino Acting Academy ensures that students master theatre studies at the highest level. Moreover, it imparts the artistic and professional know-how required to apply for high-profile employment in all the new, and in many cases highly qualified, performing arts professions, which have joined the traditional “arts of the stage” in recent years. Consequently, alongside a faculty of leading national and international theatre professionals, other leading entertainment practitioners have also been enlisted to broaden the curriculum. Furthermore, on completing the three-year course, Acting Academy graduates will feature in a production to be included in the Teatro Stabile di Torino’s regular season.

The distinctive feature of the Teatro Stabile di Torino’s Acting Academy lies in its faculty, with members who have been drawn from consistent and successful artistic work experience. Therefore, they can transfer expertise and skills grounded both in tradition and in the current state of the international theatre scene. Students approach and then complete their training through gradual steps during the three-year course, thereby acquiring the professional know-how needed to pursue a career in the performing arts.

Students are expected to attend classes in Acting and Interpretation, History of the Theatre and the Performing Arts (including Art, Literature and Cinema), Voice Education and Movement Education during the three-year course. In addition to these core/introductory courses, experts conduct advanced internships/workshops every year. At the end of the three years, following an individual evaluation of the students by an examination board, the Region issues a Certificate of Specialisation. Several teaching methods are used during the three-year course and include frontal instruction, individual and group exercises. 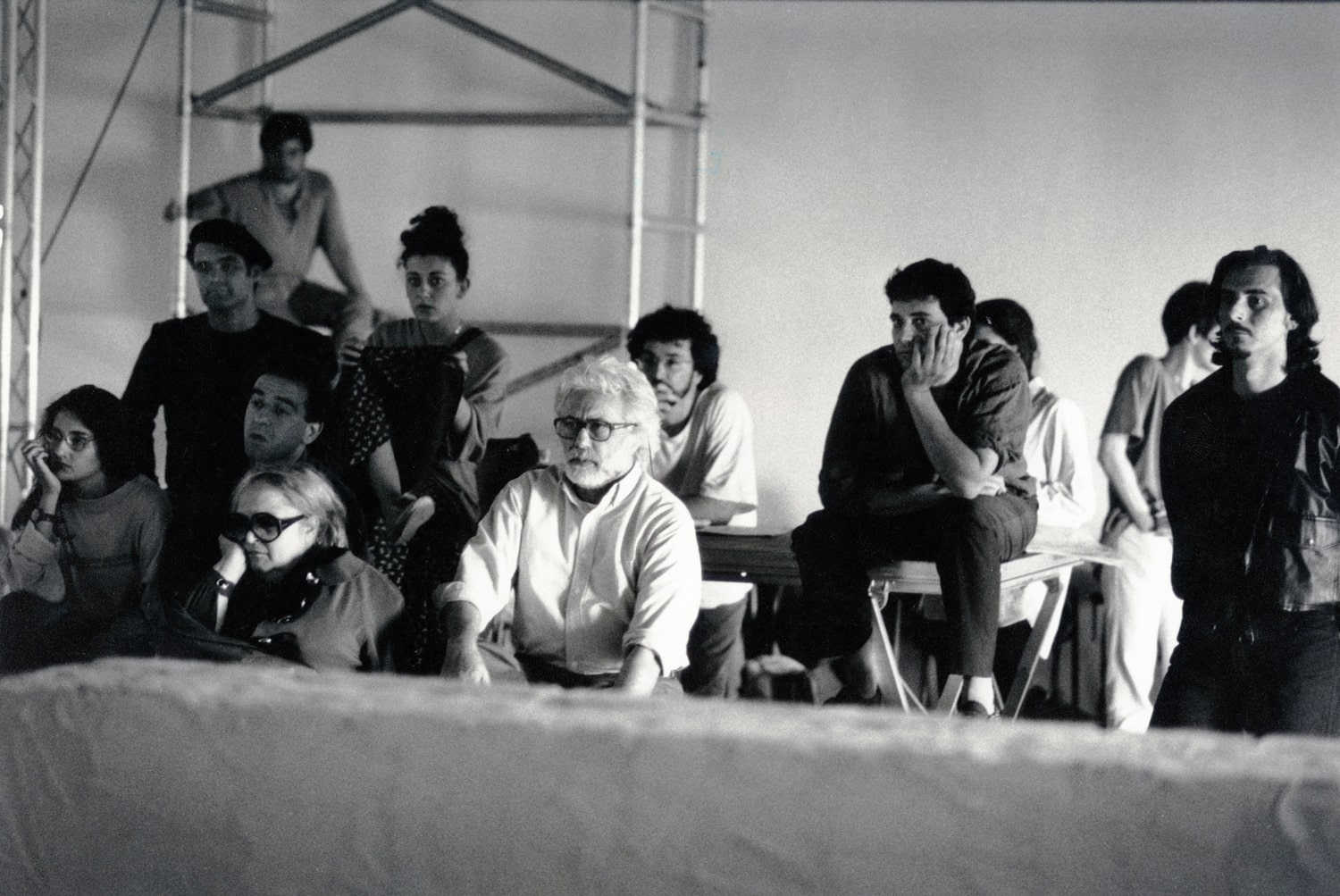 The advanced professional Acting Academy, run by the Education and Training Agency of the Teatro Stabile di Torino, offers a curriculum based on disciplinary areas:

A professional actor must master the skills that allow him/her to read a text, decipher and interpret it autonomously while interacting with his/her fellow performers, the play’s director and the space in which his/her performance takes place. Consequently, the purpose of these courses is to allow students to best interpret a director’s instructions in building their character. On the one hand, characters/roles can be developed using the physical and vocal tools of expressiveness; on the other, through on-stage relationships with fellow actors and the audience. Accordingly, students participate in specific exercises that focus on interpreting texts, acting, improvising, and producing brief scenes independently.

The course considers the study of singing as a technical and emotional tool. Hence it aims to develop the expressiveness of the spoken language through one’s ability to recognise the emission mechanisms of one’s voice, enhancing one’s vocal range by exploring the boundaries between speaking and singing. Furthermore, by studying this subject, future actors will acquire techniques to develop a methodology for training one’s voice on an on-going basis.

An actor’s skills are also fostered by constantly training every part of the body that can contribute to an individual’s expressiveness on stage. The two main objectives of this course are, therefore:
– to learn to express oneself using one’s body, optimising it and connecting it with the space it occupies and the role one is playing;
– to understand how the speed and balance of movement are best coordinated.

History of Theatre And Performance

In developing acting skills, it is essential to master the history of theatre by specifically researching the authors of plays selected for training exercises and by acquiring a clear sense of the place these plays and authors have in the theatre and the performing arts history. Moreover, such knowledge must be integrated within the broader framework of our expressive roots and must encompass other disciplines such as the history of art, cinema, literature, and contemporary history.

History of Theatre And Performance 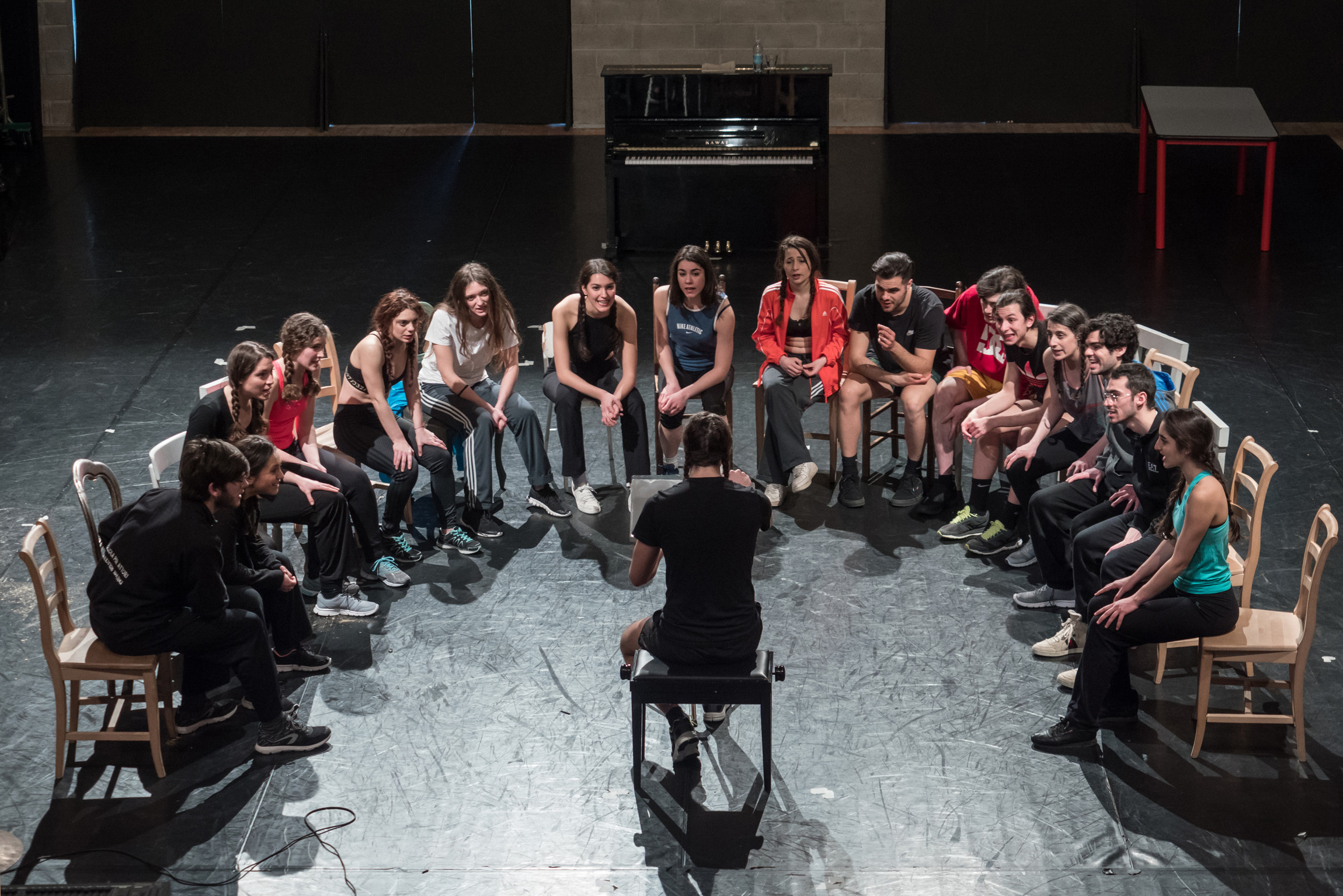 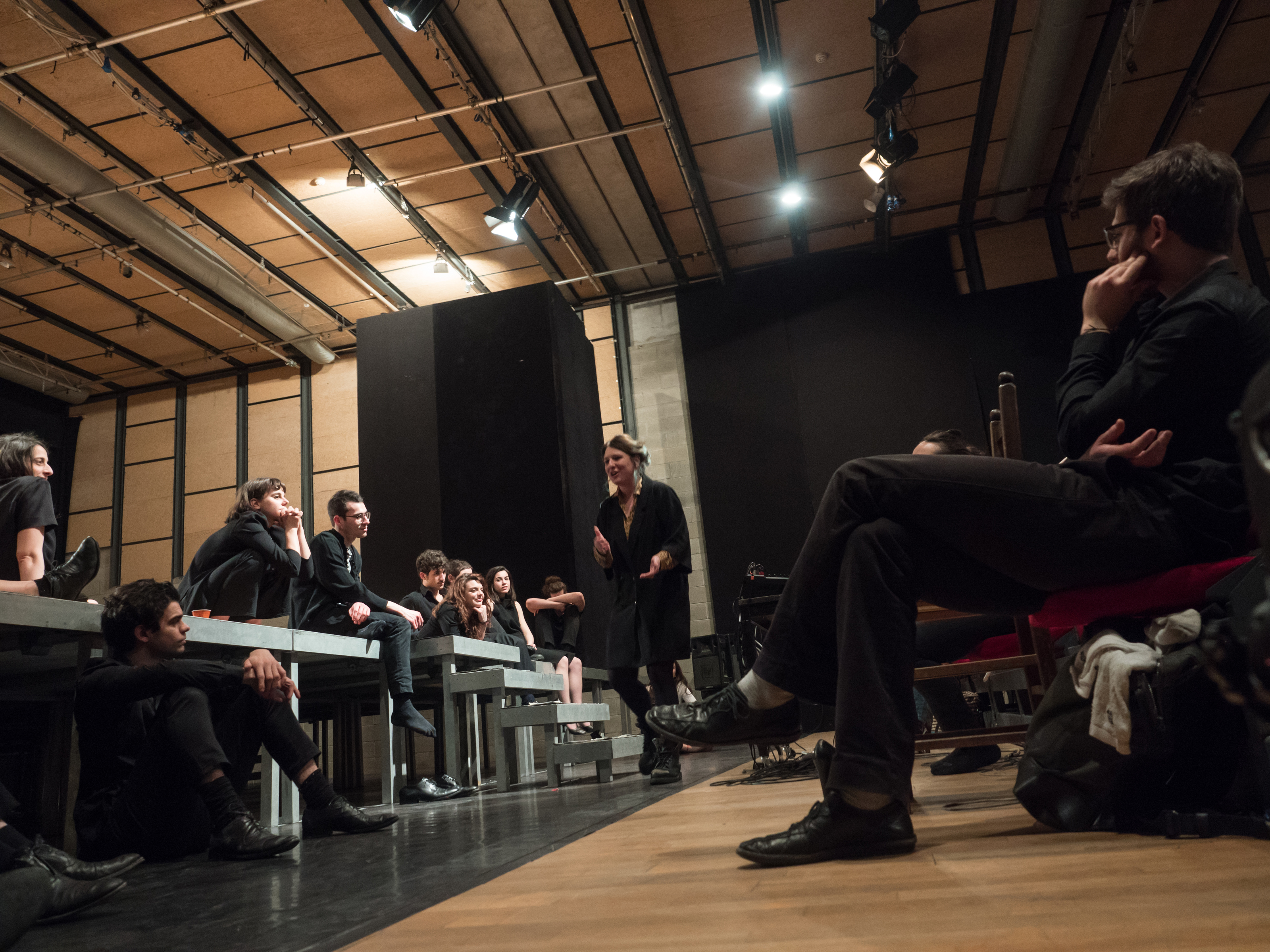 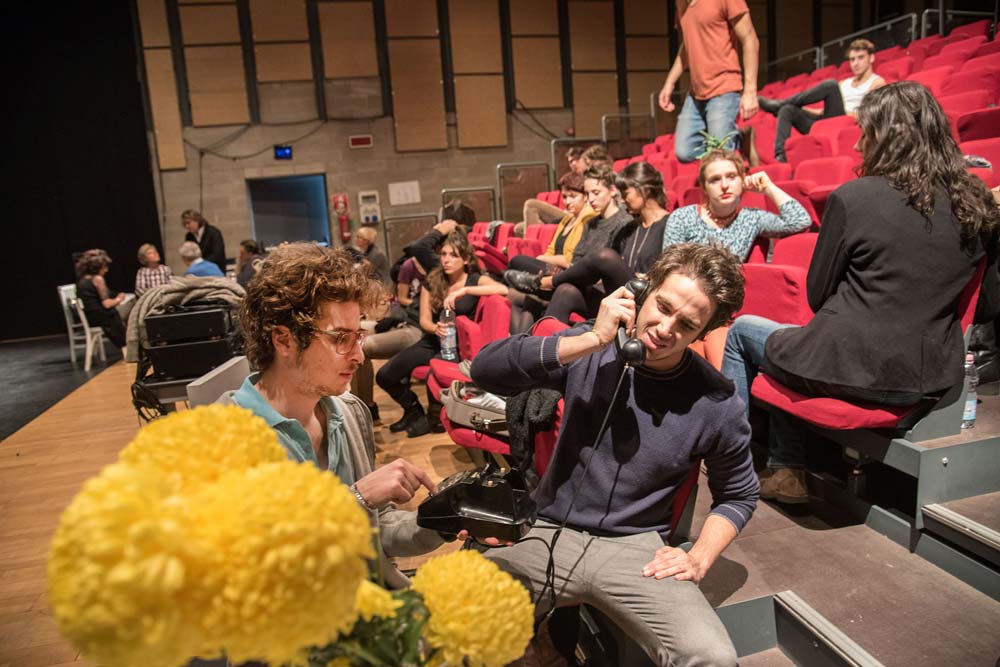 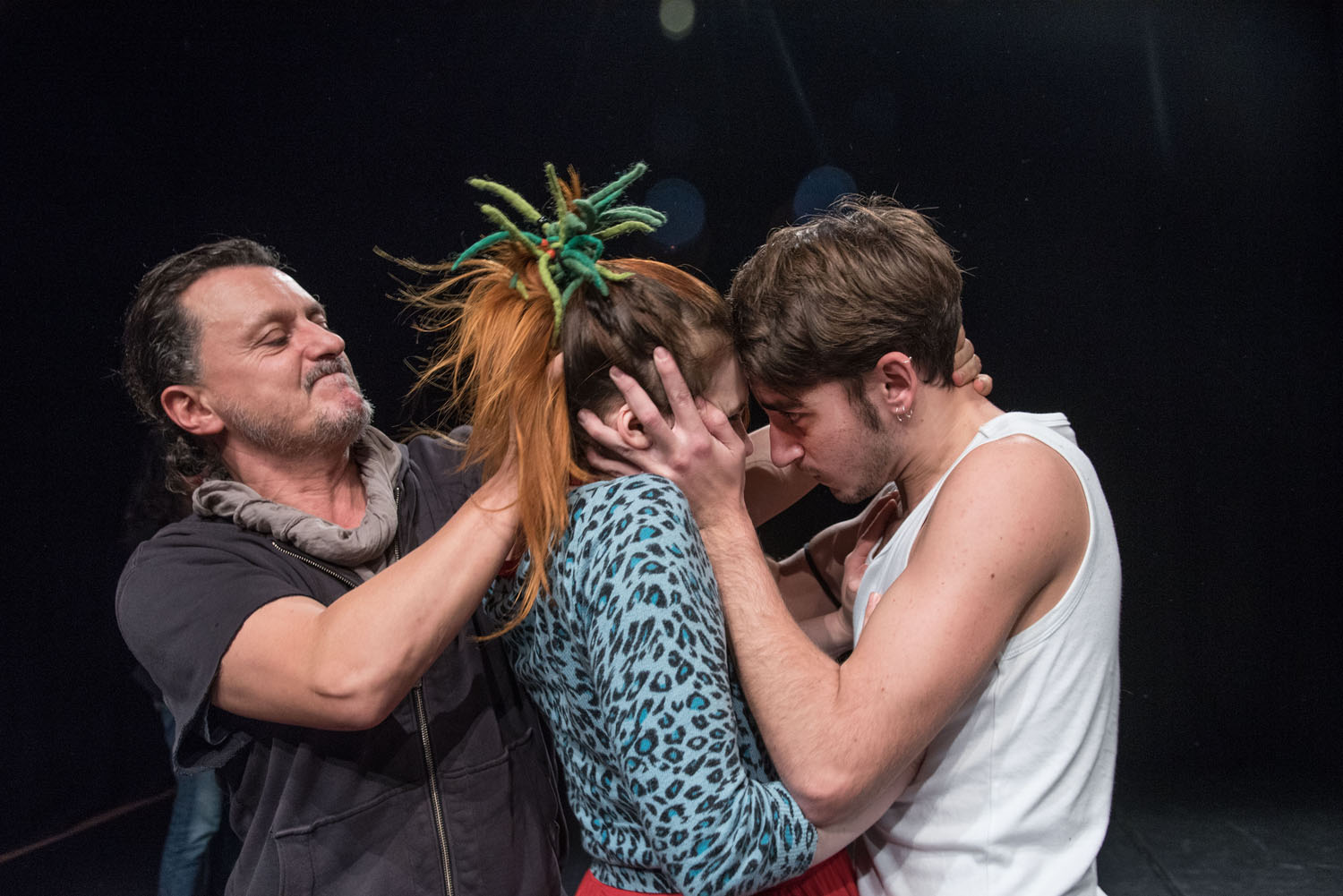 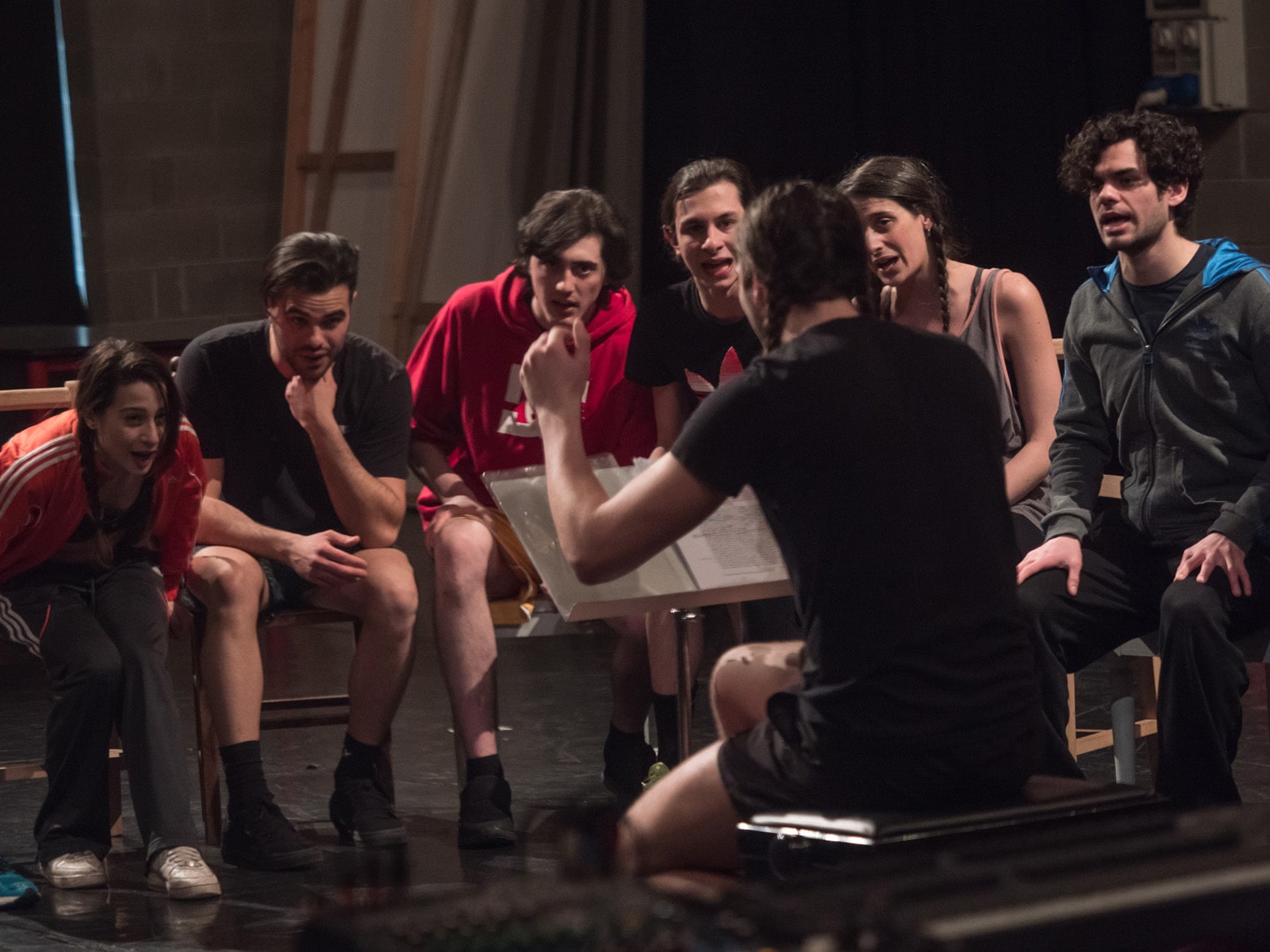 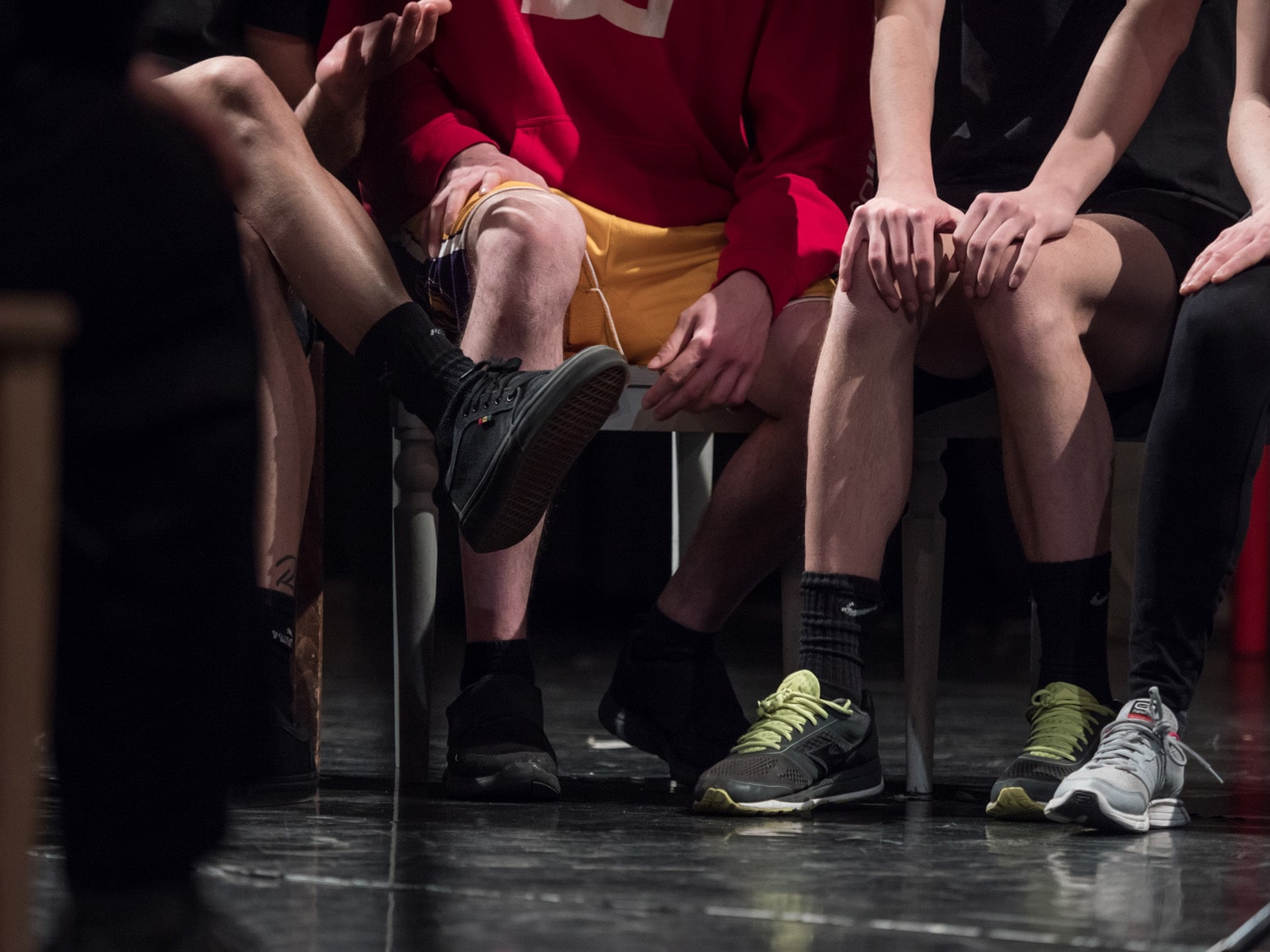 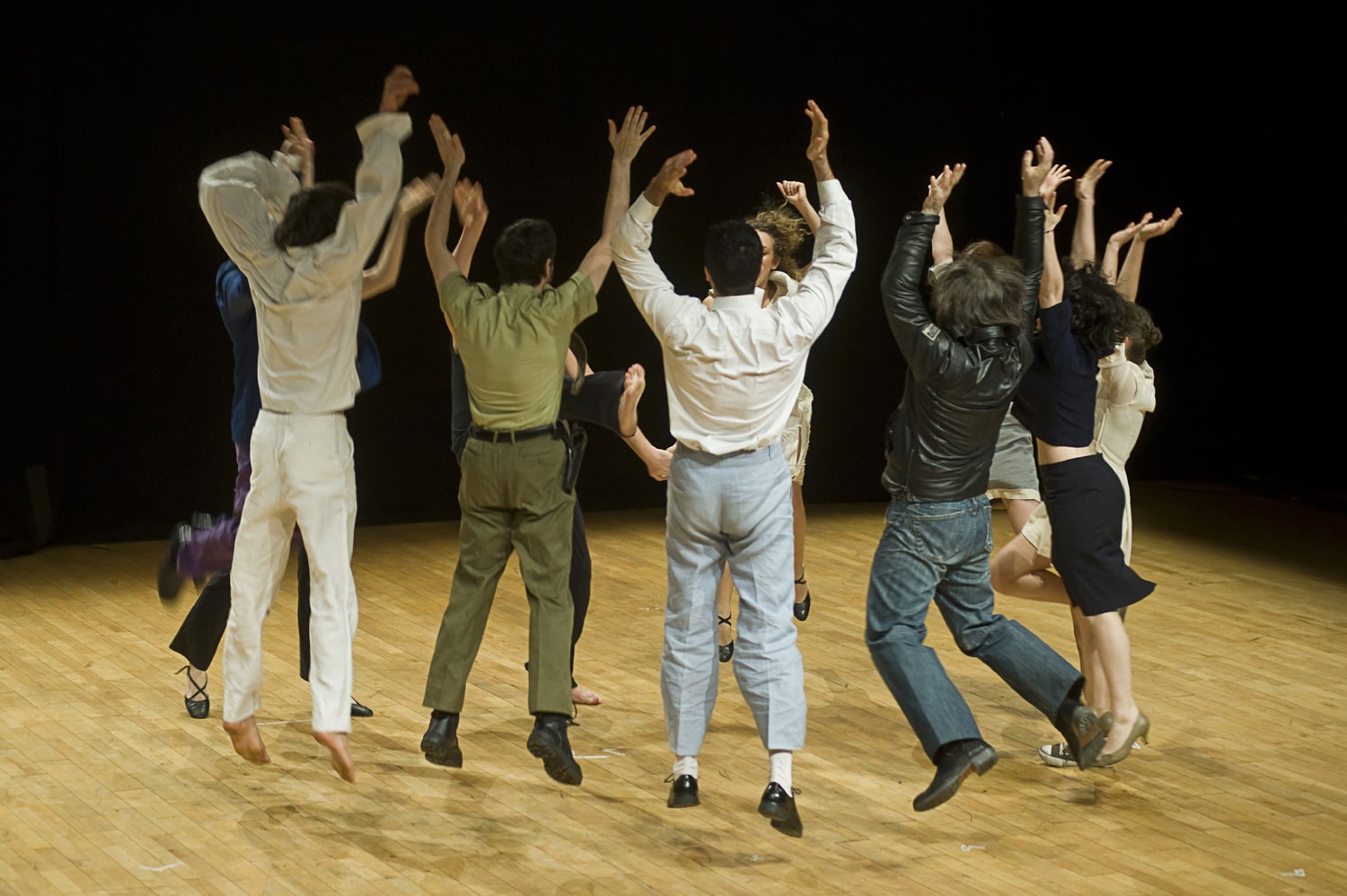 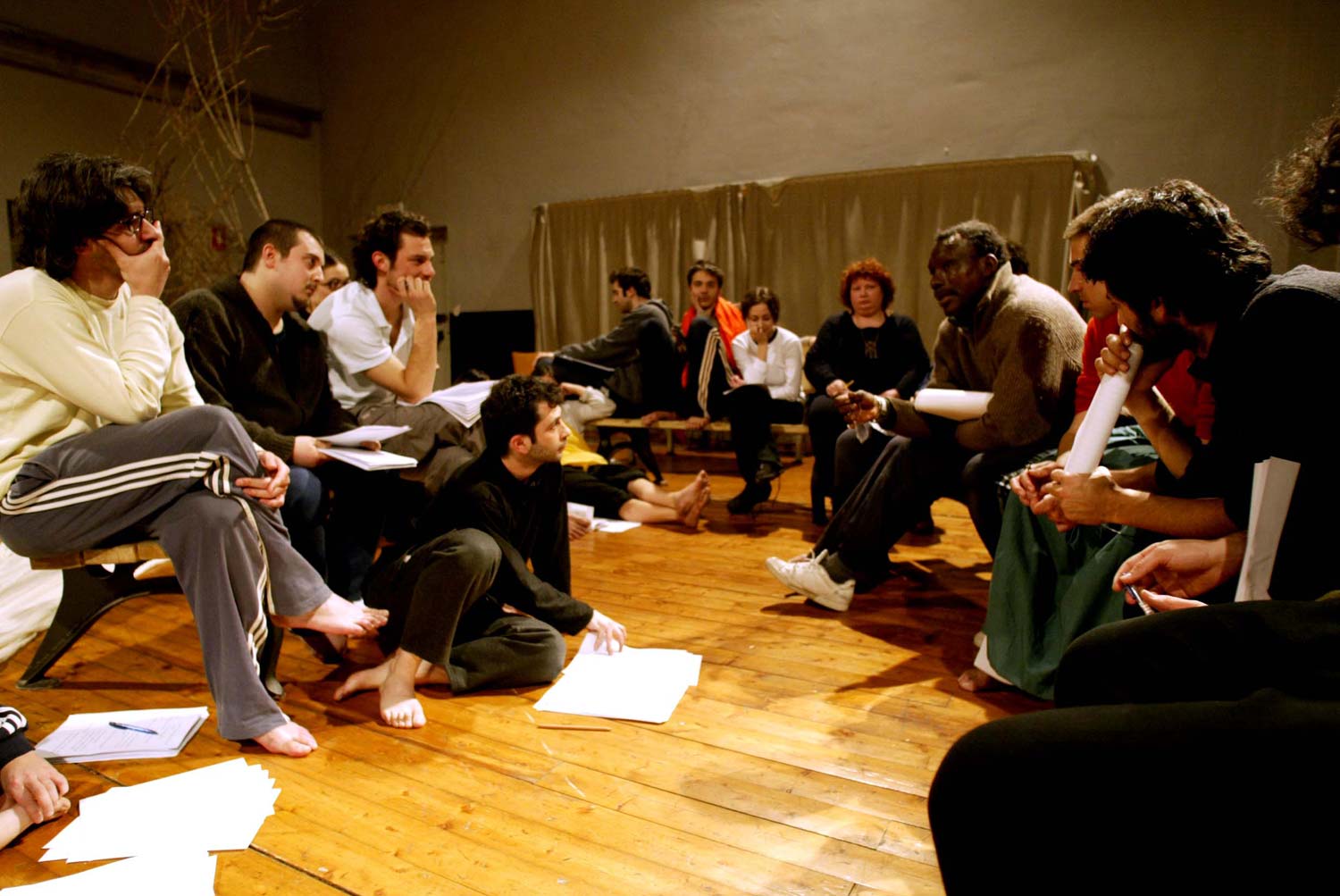 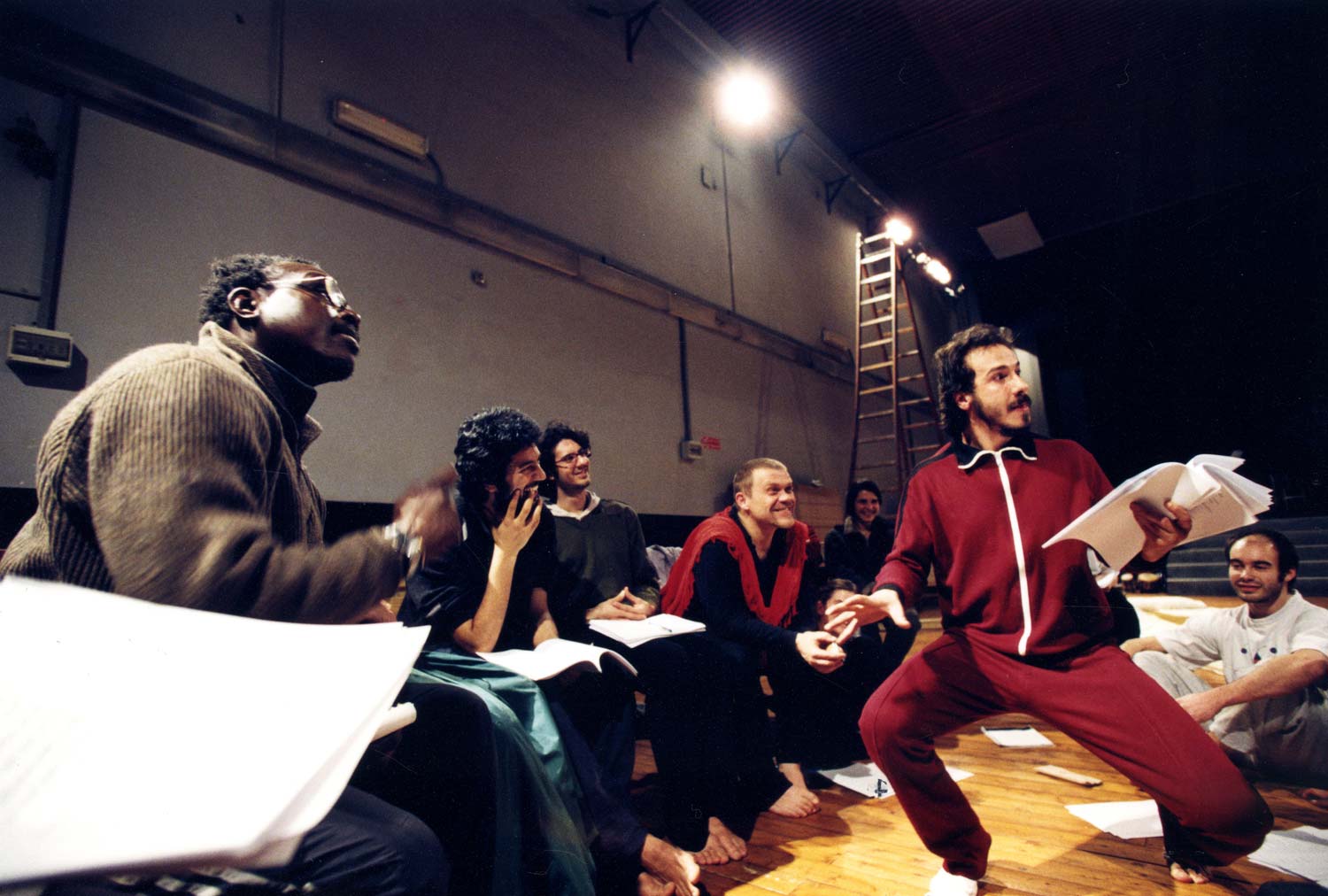